Meet Austin Hager – A man on a journey with a mission

Imagine pledging to hike 2000 kilometres in a year’s time frame to raise both funds and awareness for a cause near and dear to your heart? It would certainly take a lot of love, planning, faith and inspiration to do so, but British Columbian resident and avid hiker, Austin Hager, is doing just that.

Hiking has always been a focus in Austin’s life and is a passion he shared with a person that he lost to suicide. Thirty-year-old Austin has chosen the Canadian Association for Suicide Prevention (CASP) to be the recipient of funds raised during his year-long tracking of every kilometre he hikes from January 1 – December 31, 2021, including 1200 km on the Great Divide Trail, which he embarked on in June 2021. Austin hopes to use his fundraiser, Hike4Hope, to have a conversation about mental health and bring awareness to the mental health epidemic in Canada.

Having been passionate about the outdoors for many years, Austin enjoys being outside as much as possible and he thinks there is something very healing about spending time in nature and removing ourselves from the daily stressors and worries that can drag us all down.  In any given season, he is fully immersed in the sport of his choice, whether it be snowboarding in the winter, climbing in the spring and fall, or tackling the longest hiking distances possible in the shortest amounts of time during the summer.  In 2014, Austin’s love for hiking and backpacking flourished with his partner at that time.  They shared great years together and he believes she was foundational in who he is today, but sadly she died by suicide in November 2019.  As a result of her death, he felt the need to take action and do what he could to help others that may be in the same situation as she was.  Wanting to take on a long Thru-Hike for several years, Austin decided 2021 would be the year.

After looking at a few trails and with the uncertainty of summer 2021, he decided the Great Divide Trail would be the best option, having hiked sections of it before and knowing of its breathtaking beauty. Wishing to support organizations that focus on destigmatizing suicide and who take a multi-faceted approach towards a cohesive and comprehensive plan for suicide prevention in Canada, after looking around at various mental health-focused organizations, Austin thought CASP had the best approach towards policy and societal change in Canada. He is hoping to share this goal with anyone that has struggled with mental illness or has known someone who has.

Prairies and Great Basin.  Austin will be primarily hiking on the Great Divide Trail which starts at the Canada/US border at Waterton National Park and then follows the continental divide, which happens to be the Rockies. It follows the mountain range, and consequently the divide, a bit over 1200 km before finishing about 200 km North West of Jasper National Park. Austin finished the Great Divide portion of his hike on August 8, 2021.

Invited to share his journey as a blogger with the largest long distance backpacking website (TheTrek.co), Austin’s hope is to spread the suicide prevention message. He will be carrying a GPS tracking device that will show his track and current location during the hike, allowing the kilometres travelled to be logged and tracked and coordinated with PledgeIt.org to calculate his pledge-based donations.

Expected to draw about 200 individual donors to his cause with the goal of raising $10,000 for CASP, Austin had collected a third of his funding goal by the beginning of March 2021. He believes the momentum will continue as people continue to create a buzz around his efforts, knowing his posts on TheTrek.co will grow his visibility along with planned media outreach. Through this continued exposure, he hopes that if people see what he is doing, they will be more open to talking about mental health and suicide. Destigmatizing the conversation is the first step for Austin and he believes reframing what it means to talk about our feelings is essential to our emotional and mental health.

While knowing the major focus of his hiking on The Great Divide would take place in the period from June to September 2021, Austin prepared earlier in the year, by supplementing kilometres with taking hikes in both the winter and spring months. Having finished his 1200 km summer trek, this fall, he will continue with additional hikes, to make it to his 2000 km mark goal.

With aspirations to pursue a position working in mental health and addictions focusing on under-served communities, having just been accepted into the RN program at Selkirk College in Castlegar starting in September 2021, Austin is taking personal responsibility in driving the change he wants to see and hopes he can become a vector for wellness in Canada.

By undertaking this fundraiser, Austin wants people that are experiencing thoughts of suicide to know that they aren’t being forgotten and that there are so many people that are willing to help. He is hoping to build an open conversation which he believes is the first way we can support people struggling and take the initiative to start the dialogue.

Being the first time Austin has ever fundraised for an organization or set out on such a journey, Austin has been overwhelmed by the support and encouragement from the many people rooting for a cause he is so passionate about. Inspired by all the awesome hikes that he used to take with his late friend and knowing the mountains were her favourite place to be, Austin wanted to do something to honour her as well as do something that could help others that were in her situation.

Austin will be hiking the 1200 km portion of the trail with his partner, and as you can imagine, there is a lot of preparation involved. Planning food boxes, backup gear, gear choices and logistics, Austin described it as a never-ending rabbit hole. Fortunately, with quite a bit of experience hiking on other trails and having done about 150 km on this particular trail, Austin believes the hiking preparation is the easy part. With it being quite common to have snow or rain for several days on the trail every year, Austin knows there is not much you can do in order to prepare for wet and frozen shoes and clothes for several days in a row except having the drive and knowing it is inevitable. With being very driven to make this goal happen and expecting to have several moments during the hike where he will be in extreme discomfort, by accepting these experiences ahead of time, Austin will keep going knowing they are all temporary problems. He is also aware that so much exertion and exposure to the elements will certainly have his emotions on a roller coaster, so he is preparing for this by reading several books on endurance athletes and strategies they use to keep their emotions a bit more regulated.

Besides all the preparation beforehand, he will have five boxes of food mailed to points along the trail and held by either a small business or post office which will be collected along the way. So essentially every 200-300 km he will be able to fill up on food and maybe a new pair of socks.

The most difficult part in organizing something like this was getting it off the ground and Austin says he was lucky enough to find an open domain for his website but finding a fundraising platform with the option to pledge per km was a harder obstacle to overcome. He decided on PledgeIt.org and he says they have been great to work with.

Indicating he is far from being over with his efforts, Austin is looking forward to the journey. He believes that without an organization like CASP, millions of Canadians wouldn’t have the representation they deserve. Thanking CASP is the one of driving forces of why he wanted to raise $10,000 to support their efforts, as he is very happy with the work they are doing and believes they have the resources available to influence policy within Canada. He also really believes a national advocacy campaign would be extremely beneficial, in addition to a 3-digit number that is specific to mental health. Thinking about his own experience of having been in dark places, like so many have, it is important for us to support each other and to reach out to those we care about.

As a dedication to his hike, Austin remembers the person who inspired him to make all of this happen by saying “Jill, I will always cherish the times we spent exploring the outdoors together. I wouldn’t be the person I am without you, and I am so happy we could share our lives with each other.”

To follow Austin’s hike adventures or to donate towards his efforts, visit his site.

Vocabulary – How to Talk about Suicide

You Can Help With Suicide Prevention

Nine things you can do to help

Guidelines for Sharing Experiences with Suicide 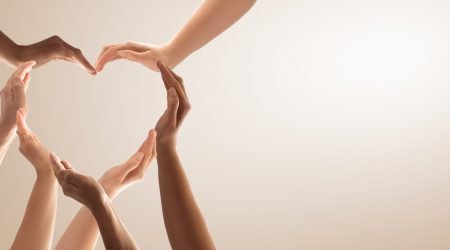